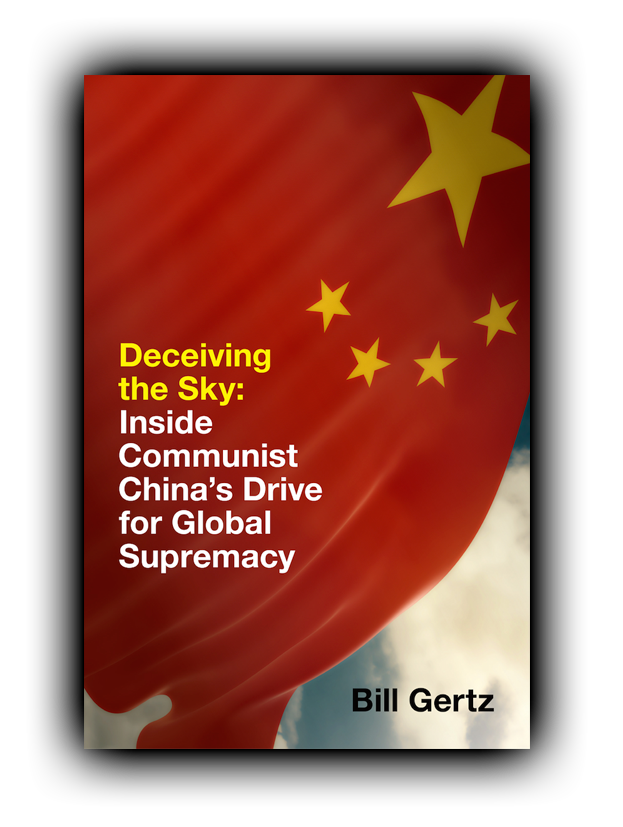 FOR DECADES AMERICAN OFFICIALS AND 'CHINA HANDS' WERE WRONG ABOUT CHINA

U.S. Secretary of State Mike Pompeo put it bluntly: “We want people everywhere to understand the threat from China.” That warning underscores the special challenge posed to American security and the 21st century global order by the Communist autocrats in Beijing.

The very idea there is a threat from China will surprise Americans accustomed to thinking of terrorism and Islamic extremism as the foremost national security concern confronting the United States in the post 9/11 era. They couldn’t be more wrong.

The reality is that Beijing and Communist-ruled China pose an existential threat to United States’ national security of the sort not seen since the days of the Soviet Union. Whether we want to be or not, we’re engaged in new Cold War.

In his recent book Deceiving the Sky: Inside Communist China’s Drive for Global Supremacy (Encounter Books, September 2019), veteran investigative journalist Bill Gertz lays bare the Chinese ambition to dominate the 21st Century both militarily and economically … and how China increasingly views the United States as an adversary to be defeated.

Deceiving the Sky shines a light on threatening Chinese practices designed to undermine the U.S. economy, weaken and ultimately defeat our military, and diminish our global influence … and how our leaders in Washington too often failed to understand the preparations Beijing is making for a future confrontation with the United States.

In 2000, Gertz's book The China Threat was prescient in assessing Communist China's goals and intentions. Deceiving the Sky includes new details of the danger and proves his warning was correct.

Deceive the Sky to Cross the Ocean:

From ancient Chinese strategy, for wise military leaders to achieve victory in war they must be willing to deceive even the emperor himself -- or Heaven itself -- using deception to fool the enemy. This is exactly what Chinese Communist leaders have been doing to the United States in their quest to replace America as the world's sole superpower.

WHAT THEY ARE SAYING

Deceiving the Sky is a great example of Gertz's special brand of investigative journalism...

"Readable, authoritative, and comprehensive, Bill Gertz's fine description and discussion is the first guide anyone should pick up who seriously seeks to understand China's immense, menacing, and yet baffling military buildup-aimed at us."

"Bill Gertz is a renowned expert on the Chinese military and state security apparatus---as well as China's over-arching ambitions to become the next superpower. This valuable volume will help readers better understand the underpinnings of the increasingly ferocious 'new Cold War' between the United States and China."

"If a French journalist had successfully crafted in 1930 a devastating critique of France's weaknesses in relying on the Maginot Line, he could possibly have saved Paris and changed history. We should all pray that Bill Gertz is heeded in such fashion by his growing audience-much depends on it."

"Deceiving the Sky is a great example of Gertz's special brand of investigative journalism: thorough analysis and a blend of leaked material, off-the-record interviews, official interviews, and research. Gertz's coverage of China's threats to the US and our allies in space and cyberspace makes this book a 'must read'"

"Mr. Gertz provides detailed examples of how a special class of elites known as 'China hands' have failed to accurately assess and predict the aggressive actions of the People's Republic of China. This book is a clarion call for a change to forty years of an 'engagement at all costs' China policy."

"When Bill Gertz writes on China, everyone should listen"

In Deceiving the Sky

The shameful episode of the Obama Administration rejecting an application for asylum from a high-level, would-be Chinese defector over fears of angering Beijing

How Chinese authorities have mastered “high-tech totalitarianism” to monitor its 1.4 billion people, crush dissent, and strengthen its chokehold on Hong Kong …. and how China plans to use its high-tech prowess to control the internet and gain advantage over Western nations

More than this, Gertz’s Deceiving the Sky shows how policies of appeasement toward China favored by Obama, Hillary Clinton, and others have utterly failed … and how the shift-change in approach taken by the Trump Administration is the best way to counter the growing China threat.

As Gertz explains, the current administration is fighting back, and is the best hope in a generation for countering China’s grand plans for achieving global supremacy under a new world order based on an ideology of Communism with Chinese characteristics. 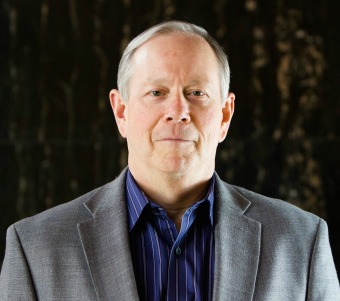 Bill Gertz is a national security correspondent for the Washington Times. He is the author of numerous bestselling books on national security, military, and intelligence issues including Breakdown: How America's Intelligence Failures Led to September 11. He has been reporting on China for more than 30 years.

"Deceiving the Sky is a great example of Gertz's special brand of investigative journalism: thorough analysis and a blend of leaked material, off-the-record interviews, official interviews, and research. Gertz's coverage of China's threats to the US and our allies in space and cyberspace makes this book a 'must read."'

Deceive the Sky to Cross the Ocean: An ancient Chinese strategy being applied today of using deception to fool the enemy into not responding to China's drive for global hegemony

How the 40-year policy of unrestricted engagement with China failed to produce a non-communist, benign China

How the Trump administration initiated a fundamental shift in U.S. policy, focusing on the economic threat from China that has impacted all other US policies.

Secret U.S. cables reveal how China lied to the United States and world for over a year about its ASAT missile test that destroyed a satellite

How Hillary Clinton gave up to Chinese security authorities a high-ranking Chinese defector who had sought refuge inside the U.S. consulate in Chengdu, China

How U.S. intelligence agencies inflicted a string of strategic intelligence failures on the United States related to China

How China has joined with Russia in seeking to limit U.S. space warfare capabilities with a proposed ban on space weaponry at the United Nations

How China's launch of three small, satellite-killing robots in 2013 revealed how Beijing incorporated American multiple satellite-launching technology illegally transferred to China in the 1990s during the administration of President Bill Clinton

A document outlining how Chinese hackers for six years broke into American corporations in the case of Chinese hacker Su Bin who led a clandestine hacking team that stole defense secrets on the C-17, and F-22 and F-35 stealth jets

Details of the flight test plan for F-35 jets stolen in the Su Bin case, along with technology used in the radar-evading stealth bomb launch system for the F-22.

How China has imposed massive electronic surveillance through phones, video cameras and other electronic devices

How Beijing has adopted a high-tech "social credit" system now being used to control the population, such as preventing citizens deemed engaged in political crimes from using rail or air transportation

New details of China's use of the Ministry of Public Security, the national political police, in targeting U.S. intelligence, including a failed operation to spy on a U.S. military base in Key West, Florida

Chapter 9: Influence Power: Beijing and the Art of Propaganda and Disinformation Warfare

How a former Republican Party fundraiser, Elliott Broidy, sought to lobby senior American officials as part of a scheme to forcibly repatriate dissident Guo Wengui back to China

How China plans to dominate cyberspace through controlling the Internet of Things, the network of billions of inter-connected electronic devices

Chapter 12: Military Might: World Domination Through the Barrel of a Gun

A war scenario outlining how China could conduct a global Pearl Harbor -- a surprise missile attack against U.S. military forces around the world

How China's military was able to beat the United States in a race to deploy a new high-speed rail gun. The technology for the high-speed projectile weapon was stolen in the early 2000s by a Chinese spy and defense contractor in California named Chi Mak

How China will soon deploy ultra-high speed hypersonic missiles capable of hitting any target in the United States with a nuclear or conventional warhead in 15 minutes or less, while capable of maneuvering to avoid missile defenses

How a U.S. war plan would rapidly defeat China in a future conflict

Chapter 13: Flashpoints at Sea and China’s String of Pearls Expansion

Conclusion: What Is to Be Done? Declare China an Enemy, Liberate the Chinese People

America should counter Chinese financial warfare with a U.S. program of economic warfare

The United States should step up aggressive intelligence and counterintelligence operations against the Communist Party of China and its military, the People's Liberation Army

American missile defenses around the world should be expanded as part of a strategy of neutralizing China's massive and growing force of ballistic, cruise and hypersonic missiles

MEDIA CONTACT To book an interview with Bill Gertz